The GPL v3 Watch List is intended to give you a snapshot of the GPLv3/LGPLv3 adoption for January 26th through February 1st, 2007. 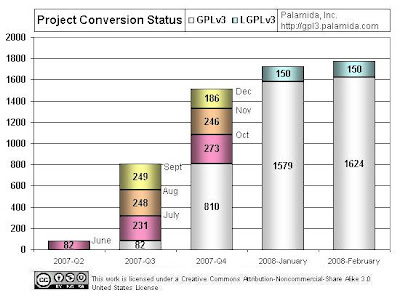