The GPL v3 Watch List is intended to give you a snapshot of the GPLv3/LGPLv3 adoption for November 30th through December 7th, 2007. 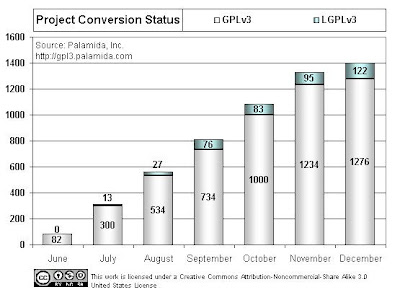 In the News
Sun opens war chest for Open Source developers
Sun Microsystems, the U.S.-based technology company whose product range went completely 'open' in recent years, has announced a one million dollar fund to fuel innovation in the Open Source programming arena. And it chose — deliberately — to make this global announcement in Bangalore on Friday, on the sidelines of the annual free and open source software conference — foss.in.
http://www.hindu.com/2007/12/08/stories/2007120854141800.htm